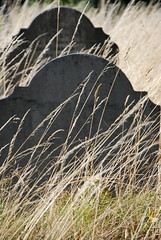 edroxy. May you both have a wonderful day and a terrific year to come!

* Thanks to everyone who took part in my poll on your favorite zombie movies. At the time of this posting, the results are as follows:
First Place: a tie between Night of the Living Dead (the original) and Shaun of the Dead
Second Place: 28 Days Later

* Today I have some vampire-related links to share:
-- From Vampire Compendium: "Top Ten Vampire Websites"
-- From Revolution Science Fiction: "Top 6.66 Vampires"
-- The articles from past issues of The Journal of Dracula Studies are archived here for easy access. No subscription is necessary. Read essays about Dracula in everything from fiction and history to film and comics.
-- The Transylvania Society of Dracula (Canadian Chapter) is a non-profit, historical-cultural organization is open to those in Canada and the USA. The group promotes contacts between scholars and interested readers from Romania and the West.


Today is the debut of Tempted, the sixth and latest book in the House of Night series of teen vampire novels by P.C. and Kristin Cast. 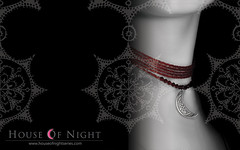 I mention this for several reasons:
* The books are set in an alternate-universe version of my hometown (Tulsa, Oklahoma, USA), and the landmarks, descriptions, and town history are quite true to life.
* The series begins in, and often refers to, my former high school, and some of my former teachers are even mentioned and/or given cameo appearances.
* Yes, these things make reading the series rather fascinating for me, not to mention somewhat surreal. And yes, I laugh at every joke made at the expense of perennial rival Union High School (and especially its football team). Some things you just don't outgrow.
* To my way of thinking, there really needs to be a good critical article written contrasting how the Casts incorporate Cherokee mythology into their House of Night books with how Stephenie Meyer includes the Quileute in her Twilight series. The difference is quite striking.

At any rate, you can read more about the House of Night series here, or go here to see some of the ubiquitous book trailers for the novels.

Excerpt:
On June 10, 1909, there appeared in a prominent Vienna paper (the Neues Wiener Journal) a notice (which I herewith enclose) saying that the castle of B— had been burned by the populace, because there was a great mortality among the peasant children, and it was generally believed that this was due to the invasion of a vampire, supposed to be the last Count B—, who died and acquired that reputation. The castle was situated in a wild and desolate part of the Carpathian Mountains and was formerly a fortification against the Turks. It was not inhabited owing to its being believed to be in the possession of ghosts, only a wing of it was used as a dwelling for the caretaker and his wife.