elvenjoy. May each of you enjoy a fantastic day and a wonderful year to come!

I'm writing on my next essay project at the moment, but I do have several tidbits to share...

* From The Telegraph: "Scotland Yard Fights to Keep Jack the Ripper Files Secret." (Thanks to

marthawells.) (Speaking of Jack the Ripper, I'm currently reading the Sherlock Holmes-meets-the-Ripper pastiche The Whitechapel Horrors by Edward B. Hanna and quite enjoying it.)

* Chuck has been renewed! "Chuck Co-Creator Chris Fedak on the Final Season Renewal."

* The second series of Garrow's Law is finally coming to the US! I'm really looking forward to it. The first series was excellent.

* For those of you in/around the Charlotte, NC area...
-- The 2011 Can't Stop the Serenity event has been set for the afternoon/early evening of Sunday, September 18 at the UNCC Student Union Ball Room. I'll post more information as it's available.
-- A meet-up for fans of the BBC's Sherlock is in the works for ConCarolinas next month. For more information, see this post.

* Last but not least, I've received my contributor's copies of Nyx in the House of Night: Mythology, Folklore and Religion in the PC and Kristin Cast Vampyre Series (due out at the beginning of June), and I'm really thrilled at how beautiful the book is. The inside illustrations are breathtaking; for my essay ("Reimagining 'Magic City': How the Casts Mythologize Tulsa"), for example, there is a full two-page illustration of the Tulsa skyline with the face of Nyx watching over the city. Quite stunning. Hats off to illustrator Alan Torrance. 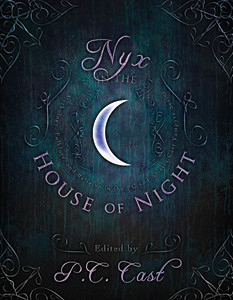 "My grandmother always used to say, 'Play your cards close to the vest. And wear a coat over the vest, or you'll look like a jerk.'"
- Volkoff, "Chuck vs.the Family Volkoff," Chuck

Alas, the world today has lost one of its great Dr. John Watsons... 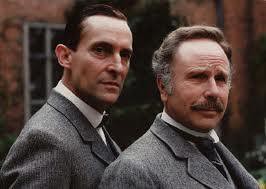