Hey, you Lovecraft fans, I've got a treat for you! An exclusive treat!

One of the most fun and innovative voices in Lovecraftiana today is author, editor, and comic book/graphic novel creator Dwight L. MacPherson (of The Surreal Adventures of Edgar Allan Poo, Kid Houdini and the Silver-Dollar Misfits, Jim Reaper, and Sidewise, among other works). Soon readers will be able to enjoy his adaptation of Lovecraft's "He" in the forthcoming The Lovecraft Anthology: Volume II.

Today, because Dwight and his wonderful wife Rebecca are eldritch fantastic people, I have the delight of presenting an exclusive (and darkly clever) Lovecraftian short story by him for your reading dread enjoyment. Without further ado, here is...

“I’ll kill every last one of them,” Tad said through muck-encrusted teeth. And by the gods… he meant it!

“Insular, self-absorbed hipsters… you think you’re better than me!” In his three years of using the social networking site Twitter, he had received a grand whopping total of five Retweets. Five! And those came before he really needed the support of all his friends. He shook his head slowly; a building heat throbbing in his temples. He scrolled down the list of his followers and those he followed as if attempting to memorize each name and location. He had been polite and faithful to Retweet the four thousand people he followed and the twenty-two who actually followed him back in that time, but, as a reward for his fidelity they had completely ignored him! He was certain they’d secretly clicked on his links and loathed his work, perhaps even laughed at it; they were unwilling to sully their paltry reputations by Retweeting substandard work. His work which he loved like a real father is meant to love his children.

They aren’t friends; they’re worthless meatbags who deserve to die! And die they surely will!

In the early going, this snub merely irritated him. But once his webcomic “Squid Honies” went live, he expected the support of his friends. And what did he get in return? Nothing. Nada, nichts, rien, nill, zip. And when he Direct Messaged people he had supported through three years of unsuccessfully building a network to promote his work, they either blew him off or unfollowed—or both. One “friend” had even gone so far as to report him to Twitter!

As I've mentioned before, we live close to the abandoned mill town used as the setting for District 12 in the forthcoming film adaptation of The Hunger Games by Suzanne Collins.

I thought some of you might be interested to see the before/after photos of the old company store, which serves in the films as the bakery owned by Peeta Mellark's father. As always, click for larger images... 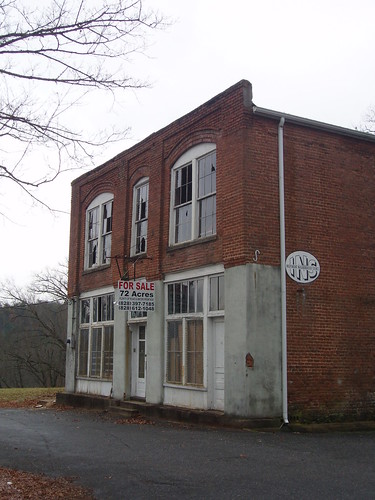 Here it is after filming. You can see the new windows and the words "PASTRIES" and "CAKES" painted on the storefront to make it the Mellark bakery: 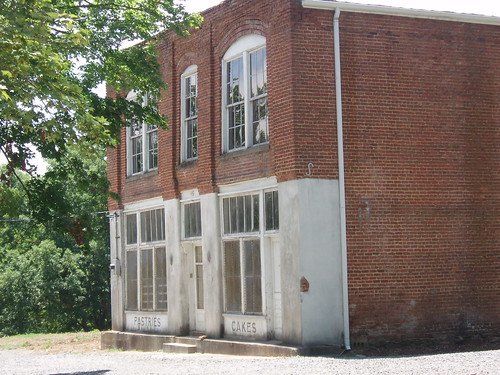 My full set of photos from the Henry River Mill Town, a.k.a. "District 12," is here.

“Close your eyes again,” I order. He does, and his mouth, too, and completely disappears. Most of what I judge to be his body is actually under a layer of mud and plants. His face and arms are so artfully disguised as to be invisible. I kneel beside him. “I guess all those hours decorating cakes paid off.”

Peeta smiles. “Yes, frosting. The final defense of the dying.”

- from The Hunger Games by Suzanne Collins
Collapse