If you're looking to build a Halloween-themed playlist, check out this post and these!


Today's photo is from the Old Burying Point in Salem, Massachusetts. 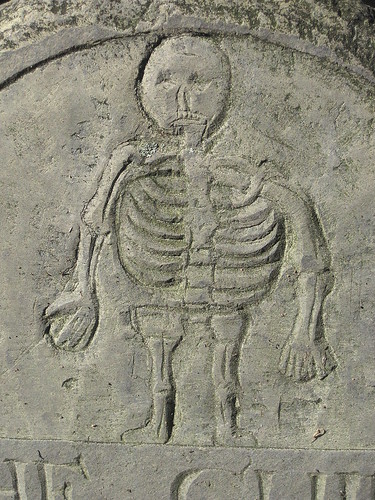 Excerpt:
Seated in a large armchair near the fire, his elbows on his knees, his hands held out to the warmth, he was talking slowly, interrupting himself abruptly now and again with a murmured: “Yes…yes…” as if he were trying to gather up, to make sure of his memories: then he would continue his sentence.

The table beside him was littered with papers, books, odds and ends of various kinds. The lamp was turned low: I could see nothing of him except his pallid face and his hands, long and thin in the fire-light.

The purring of a cat that lay on the hearthrug and the crackling of logs that sent up strangely-shaped flames were the only sounds that broke the silence.