Are you looking for some Halloween-related online fun? Here are a few suggestions:

-- Go here to play The Creature Must Die!, the game in which you are Dr. Victor Frankenstein. Your goal is to bring the creature to life by harnessing the power of lightning to charge your machines and give three jolts of life-generating electricity to the creature. But you must first get a brain for the creature -- and you must do all of this while defending your laboratory against a mob of angry villagers.

-- Go here to play Halloween Hangman, complete with a skeleton who hurls insults at you.

-- Go here to use the Goth-O-Matic Poetry Generator and create your eerie masterpiece. You have your choice of darkly Gothic poem styles: Supernatural Violence and Horror, Feeling Very Sorry for Yourself, Fear of Religious Persecution, Eternal Love of Vampires, and The Black Abyss of Righteous Hatred. What's not to love? 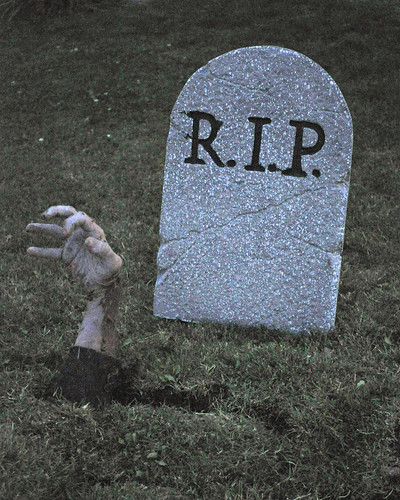 Excerpt:
They called it the room of the Evil Thought. It was really the pleasantest room in the house, and when the place had been used as the rectory, was the minister's study. It looked out on a mournful clump of larches, such as may often be seen in the old-fashioned yards in Michigan, and these threw a tender gloom over the apartment.

There was a wide fireplace in the room, and it had been the young minister's habit to sit there hours and hours, staring ahead of him at the fire, and smoking moodily. The replenishing of the fire and of his pipe, it was said, would afford him occupation all the day long, and that was how it came about that his parochial duties were neglected so that, little by little, the people became dissatisfied with him, though he was an eloquent young man, who could send his congregation away drunk on his influence. However, the calmer pulsed among his parish began to whisper that it was indeed the influence of the young minister and not that of the Holy Ghost which they felt, and it was finally decided that neither animal magnetism nor hypnotism were good substitutes for religion. And so they let him go.