I'm a big fan of Librivox.org and the unabridged narrations its volunteers offer for free download. If you feel like going "old school" this Halloween, here are some of the 18th-century Gothic works Librivox has available for your Halloween listening:
* The Castle of Otranto by Horace Walpole (1764)
* The History of the Caliph Vathek by William Beckford (1786)
* A Sicilian Romance by Ann Radcliffe (1790)
* The Mysteries of Udolpho by Ann Radcliffe (1794) 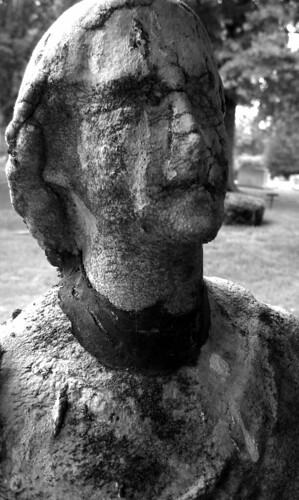 Excerpt:
Markham cried out, "For Heaven's sake, let us in!"

Upon hearing his voice, the door was opened, and Markham approached his Uncle in such an attitude of fear, as excited a degree of it in the Baron. He pointed to Wenlock, who was with some difficulty recovered from the fit he was fallen into; the servant was terrified, he rung the alarm-bell; the servants came running from all parts to their Lord's apartment; The young gentlemen came likewise, and presently all was confusion, and the terror was universal. Oswald, who guessed the business, was the only one that could question them. He asked several times,

"What is the matter?"

Markham, at last, answered him, "We have seen the ghost!"

All regard to secrecy was now at an end; the echo ran through the whole family—"They have seen the ghost!"