In contrast to my recent list of "off the beaten path" spooky movies, I've been thinking about my favorite vintage (that is, black-and-white) horror films.

It was very difficult, but I limited myself to a Halloween-friendly thirteen. I'm not claiming these are the very best in the genre (although some of them most certainly are), but these are my favorites.

13. I Walked with a Zombie (1943) Take Charlotte Brontë's Jane Eyre and add Haitian voodoo practices. It's an unexpectedly winning combination.

11. Carnival of Souls (1962) This indie film was produced for an estimated $33,000 and released as a B film, but today it's a cult classic for good reason. This is what I think of now whenever I hear organ music.

10. Them! (1954) The very best of the "giant mutant bugs" subgenre, this one creeped out my mother when she was a little girl. I was genetically predisposed to find it to be horrifying fun.

9. Hush Hush Sweet Charlotte (1964) Seven Academy Award nominations. Brilliant performances all around, but the great Olivia de Havilland is the one who makes this film for me.

6. The Cat People (1942) I've grown to love Val Lewton's understated gothic films, and this one is the most compelling: darkly psychological, beautifully shot, with perfect casting in Simone Simon.

5. The Last Man on Earth (1964) The best film adaptation of Richard Matheson's unforgettable I Am Legend, this is my favorite Vincent Price performance - and that's saying a lot.

4. Night of the Living Dead (1968) "They're coming for you, Barbara." Path-breaking horror with a chilling message. 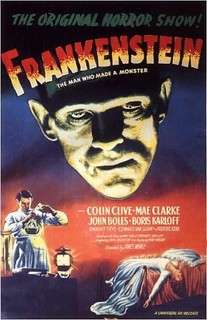 2. Frankenstein (1931) James Whale does something very, very different from Mary Shelley here, but I forgive him for it, because this, too, is brilliant. Boris Karloff's empathy with and sympathy for the creature raises his performance to genius. 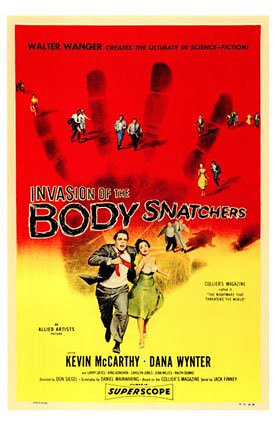 1. Invasion of the Body Snatchers (1956) One of my "top five" movies of all time, this is note-perfect. As much as I appreciate some of the later adaptations of Jack Finney's novel, this one stands head-and-shoulders above the rest, capturing paranoia, claustrophobia, and a sense of impending doom like no other film.


Now it's your turn!

Poll #1873922 What are your favorite vintage (black-and-white) horror films?

Open to: All, detailed results viewable to: All. Participants: 10

What are your favorite vintage (black-and-white) horror films?

Feel free to note your favorites in the comments, as well.