I can't believe tonight's the final lecture of my twelve-week graduate course. What a fantastic group of students I've had the privilege of working with! Next up: I'm going to spend the next week or so putting to bed my two outstanding projects, both of which have been wailing for my attention.

* Reminder: if you'd like a holiday card from me, please respond here. Thanks!

* You may recall that I was part of the filming of the Italian documentary Oltre la Frontiera (Beyond the Frontier) in South Dakota - in fact, the filmmakers, Francesco and Massimo Piccioli, were kind enough to give me third "actor" billing behind the fabulous star, my friend Giuseppe Festa. (I've made a new tag to organize my older posts about the project.) The film was shown last night to an enthusiastic crowd in Mantova, Italy, and I couldn't be happier. Giuseppe sent me pictures of the poster at the theater... 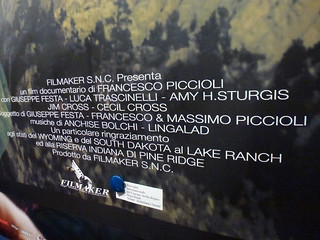 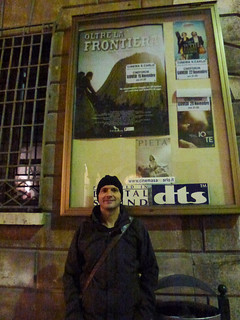 adamantrealm, and happy early birthday to

darchildre. May all of you enjoy many happy returns of the day!

* The entire score for The Hobbit: The Unexpected Journey is now available streaming here.

"Mike was not official name; I had nicknamed him for Mycroft Holmes, in a story written by Dr. Watson before he founded IBM. This story character would just sit and think--and that's what Mike did. Mike was a fair dinkum thinkum, sharpest computer you'll ever meet."
- Robert A. Heinlein, The Moon Is A Harsh Mistress
Collapse