Have you stayed in a "haunted hotel"?

Earlier this year I stayed at a resort named by NBC News in 2012 as one of the "12 Haunted Hotels That Are Home to Ghosts and Gastronomy." I found La Posada de Santa Fe to be a beautiful place with very fine food and very fine atmosphere. My fellow conference attendees and I were indeed told of the reported ghost, but alas, no sightings! 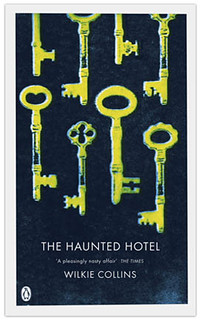 I've been reading lots of Wilkie Collins lately, and that's always a good thing. One of his shorter works, custom-made for this season, is The Haunted Hotel: A Mystery of Modern Venice (1878), which The Times gleefully called "a pleasingly nasty affair." It's part ghost story, part horror story, part mystery tale, and part detective fiction. One of the dustjackets sums up its charms: "Is there no explanation of the mystery of The Haunted Hotel? Is The Haunted Hotel the tale of a haunting -- or the tale of a crime? The ghost of Lord Montberry haunts the Palace Hotel in Venice --- or does it? Montberry's beautiful-yet-terrifying wife, the Countess Narona, and her erstwhile brother are the center of the terror that fills the Palace Hotel. Are their malefactions at the root of the haunting -- or is there something darker, something much more unknowable at work?" 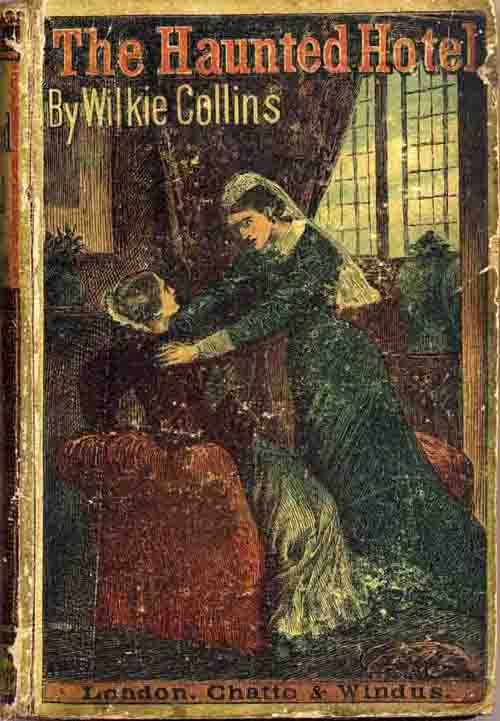 Here is an excerpt to tempt you:

They were still talking quietly, when they were startled by a loud knock at the house door. Hurried footsteps ascended the stairs. The door of the sitting-room was thrown open violently; the courier's wife rushed in like a mad woman. "He's dead! They've murdered him!" Those wild words were all she could say. She dropped on her knees at the foot of the sofa—held out her hand with something clasped in it—and fell back in a swoon.

The nurse, signing to Agnes to open the window, took the necessary measures to restore the fainting woman. "What's this?" she exclaimed. "Here's a letter in her hand. See what it is, Miss."

The open envelope was addressed (evidently in a feigned hand-writing) to 'Mrs. Ferrari.' The post-mark was "Venice." The contents of the envelope were a sheet of foreign note-paper, and a folded enclosure.

On the note-paper, one line only was written. It was again in a feigned handwriting, and it contained these words:

"To console you for the loss of your husband."

Agnes opened the enclosure next.

It was a Bank of England note for a thousand pounds.