I vividly remember the first time I read William Hope Hodgson's The House on the Borderland (1908). In fact, I get a shiver just recalling it. It doesn't get creepier than this.

Two friends travel to Ireland for a week of fishing and stumble across the ruins of a bizarre house, where they discover the diary of its former owner. The journal hints at an evil beyond anything they can imagine. This novel is celebrated for bridging the gap between the British fantastic and supernatural authors of the later 19th century and those who would become the greats of modern horror fiction. It opens in an elegantly familiar fashion and then becomes truly cosmic and awe-inspiring in its scope; unsurprisingly, H.P. Lovecraft lists this and other of Hodgson's works among his chief influences. 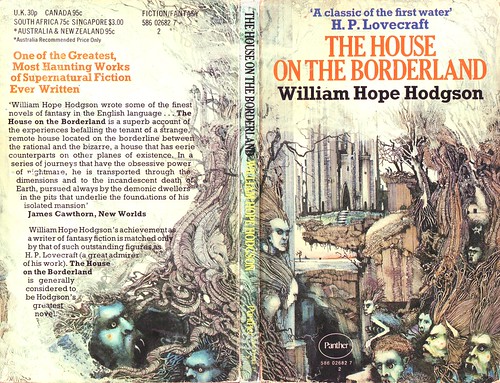 Here's an excerpt that sets the mood:

I am an old man. I live here in this ancient house, surrounded by huge, unkempt gardens.

The peasantry, who inhabit the wilderness beyond, say that I am mad....

I have decided to start a kind of diary; it may enable me to record some of the thoughts and feelings that I cannot express to anyone; but, beyond this, I am anxious to make some record of the strange things that I have heard and seen, during many years of loneliness, in this weird old building.

For a couple of centuries, this house has had a reputation, a bad one, and, until I bought it, for more than eighty years no one had lived here; consequently, I got the old place at a ridiculously low figure.

I am not superstitious; but I have ceased to deny that things happen in this old house—things that I cannot explain; and, therefore, I must needs ease my mind, by writing down an account of them, to the best of my ability; though, should this, my diary, ever be read when I am gone, the readers will but shake their heads, and be the more convinced that I was mad.

This house, how ancient it is! though its age strikes one less, perhaps, than the quaintness of its structure, which is curious and fantastic to the last degree. Little curved towers and pinnacles, with outlines suggestive of leaping flames, predominate; while the body of the building is in the form of a circle.

I have heard that there is an old story, told amongst the country people, to the effect that the devil built the place. However, that is as may be. True or not, I neither know nor care, save as it may have helped to cheapen it, ere I came.

I must have been here some ten years before I saw sufficient to warrant any belief in the stories, current in the neighborhood, about this house. It is true that I had, on at least a dozen occasions, seen, vaguely, things that puzzled me, and, perhaps, had felt more than I had seen. Then, as the years passed, bringing age upon me, I became often aware of something unseen, yet unmistakably present, in the empty rooms and corridors. Still, it was as I have said many years before I saw any real manifestations of the so-called supernatural.

It was not Halloween. If I were telling a story for amusement's sake, I should probably place it on that night of nights; but this is a true record of my own experiences, and I would not put pen to paper to amuse anyone. No. It was after midnight on the morning of the twenty-first day of January. I was sitting reading, as is often my custom, in my study. Pepper lay, sleeping, near my chair.

Without warning, the flames of the two candles went low, and then shone with a ghastly green effulgence. I looked up, quickly, and as I did so I saw the lights sink into a dull, ruddy tint; so that the room glowed with a strange, heavy, crimson twilight that gave the shadows behind the chairs and tables a double depth of blackness; and wherever the light struck, it was as though luminous blood had been splashed over the room. 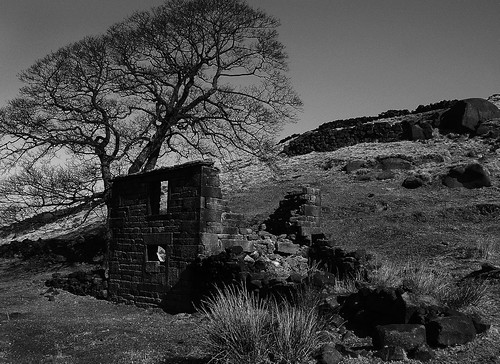 * Download the complete text of The House on the Borderland from Project Gutenberg here.
* Download the unabridged audiobook at Librivox here. 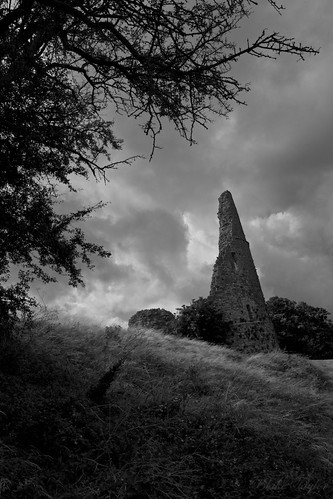