First, I have a couple of Halloween-friendly news items for you today:

* TastyTrix is back with the next installment of her Halloween-friendly "Serial Killer Suppers" series. Learn some spooky culinary history here: "The Butcher of Rostov's Last Meal." (Check out the first and second posts in the series here: "Schnitzel, Fried Potatoes, and White Wine: the Last Meal of the Dusseldorf Ripper" and "The Poisoner's Cake: The Blonde Borgia.")

* For those of you in the States, PBS's American Experience documentary history series will be debuting a new installment next week about the War of the Worlds radio panic of 1938. Here's the description: "Shortly after 8 p.m. on the Halloween Eve, 1938, the voice of a panicked radio announcer broke in with a news bulletin reporting strange explosions taking place on the planet Mars, followed minutes later by a report that Martians had landed in the tiny town of Grovers Mill, New Jersey. Although most listeners understood that the program was a radio drama, the next day's headlines reported that thousands of others plunged into panic, convinced that America was under a deadly Martian attack. It turned out to be H.G. Wells' classic The War of the Worlds, performed by 23-year-old Orson Welles." Find out more about this program here. 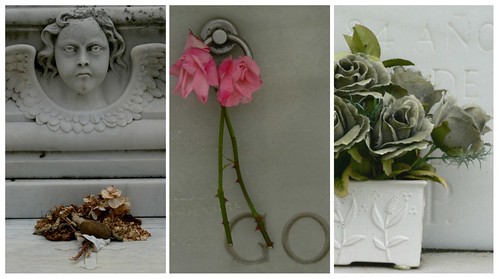 Here's an excerpt that captures the gentle, otherworldly quality of this tale:

The man came upon them suddenly from among the silver birches. He had a knapsack on his
back and his hair was as long as a tramp’s. At sight of him the girl almost screamed, and her
hand trembled in the boy’s; some instinct made him hold it tighter.

“What do you want?” he muttered, in his hoarse voice.

The man was no less astonished than the children.

“What on earth are you doing here?” he cried. His voice was mild and reassuring, and the girl
answered him promptly.

“I came out to look for fairies.”

“Oh, that’s right enough,” commented the man, “and you,” he said, turning to the boy, “are you
after fairies, too? Oh, I see; picking flowers. Do you mean to sell them?”

The boy shook his head.

“For my sister,” he said, and stopped abruptly.

“Is your sister fond of flowers?”

The man looked at him gravely. “That’s a phrase,” he said,“and phrases are the devil. Who
told you that dead people like flowers?”

“They always have them,” said the boy, blushing for shame of his pretty thought.

“And what are you looking for?” the girl interrupted.

The man made a mocking grimace, and glanced around the glade as if he were afraid of being
overheard. 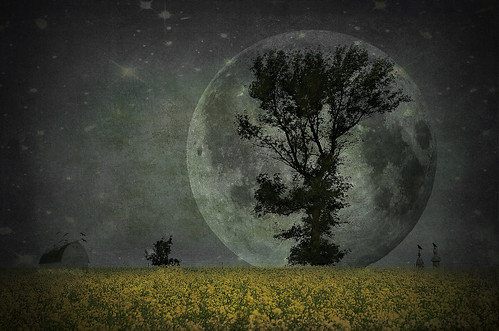 As a follow-up to my earlier countdown post today, I wanted to tell/remind you of two very worthy Halloween-related Kickstarters in progress that are closing at the end of the month. I invite you to join me in supporting these and/or helping pass along the word. Many thanks!

* First, I have been a fan of Jeffrey Combs for many years, and his portrayals of Edgar Allan Poe (in television's Black Cat and his one-man show Nevermore) are simply outstanding. I had a chance to talk with him about Poe last year at ConCarolinas, and I thoroughly enjoyed and appreciated his insights into the author. He takes Poe very seriously, and I take this Kickstarter very seriously. Let's make a feature film of Nevermore happen!

Master Horror director Stuart Gordon, brilliant actor Jeffrey Combs, and inspired screenwriter Dennis Paoli -- the team that brought you From Beyond and Re-Animator - team up again to bring you a brand new feature film: NEVERMORE. Visit the Kickstarter campaign.


* Second, every year, Popcorn Press celebrates Halloween by publishing a collection of horror poetry and short fiction. Previous years have included Vampyr Verse (2009), The Hungry Dead (2010), Halloween Haiku (2011), and Cthulhu Haiku (2012). This year the topic is Cthulhu Haiku II and More Mythos Madness, a collection of works inspired by H.P. Lovecraft. If the project gets 100 backers (with as little as $2 contributed per backer), an audiobook version of Cthulhu Haiku II will be recorded. Awesome, no? Visit the Kickstarter campaign.

Necronomicon
on my Kindle, downloading
hell in a handheld
— Bob Wake
Collapse