Today let's consider a legend that's been the subject of numerous books and films: The Bell Witch. Folklore has it that this ghost story -- reputedly "the most documented haunting in American history" -- is unique in at least two ways: the haunting led to an actual death, and the haunting was witnessed by a man who would become a president of the United States (Andrew Jackson).

A fascinating book about this Tennessee legend is The Authenticated History of the Bell Witch And Other Stories of the World’s Greatest Unexplained Phenomenon by M.V. Ingram (1894). The introduction sets a spooky tone and is chilling on its own, I think:

The writer is aware of the fact that the average person of to-day eschews the belief in the existence of witches, ghosts, and apparitions, as a relic of past superstitions, and as a subject for ridicule; nevertheless, specters stalk the earth to-day just as they did hundreds of years ago, the only difference being that we now place a different interpretation upon them, calling them spirits, fantasies, psychic manifestations, etc., instead of ghosts and witches, and people who laugh at the superstition of our fathers only need be put to the test to prove this fact. However, this is not the place for moralizing, nor will the writer find any occasion for drawing on his imagination for a vivid description of goblins and devils incarnate, or for painting the revelry of unknown demons on a mission of torment, to make the hair stand on one’s head, or cause the unregenerated to shun neglected grave yards. This part of the story is told by others who mingled with the familiar spirits, held conversation with the invisible, took part in their worship, participated in the ghost dances and midnight revelries, held councils with the spooks, witnessed the jack-a-lantern performances, saw unshapely sights and horrifying transformations, and felt the warm blood curdle in their veins. 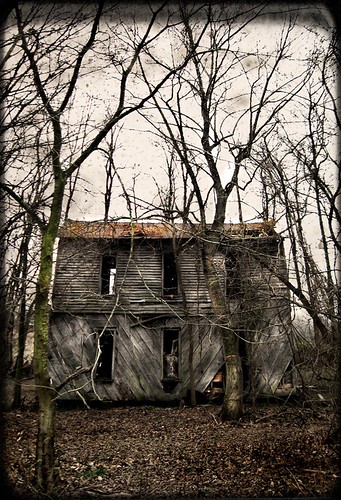 For more information on the Bell Witch phenomenon, check out these sites:

dannyboy8406 has a great post on the Bell Witch here.
* For a more skeptical/objective analysis of the truth behind the legend and the book quoted above, check out this transcript of the Skeptoid podcast episode #118: "Demystifying the Bell Witch."
* Check out the Bell Witch Fall Festival (a must for anyone in Middle Tennessee). (Thanks to