Let's revisit a delicious classic today, one that's both timeless and short enough to be perfect weekend reading/listening for the Halloween season. 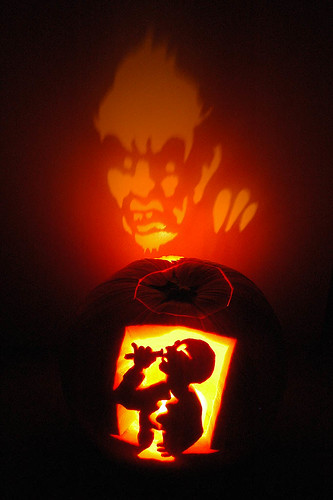 And as she so sat she became aware of an aged and beautiful gentleman with white hair, drawing near along the lane; and advancing to meet him, another and very small gentleman, to whom at first she paid less attention. When they had come within speech (which was just under the maid’s eyes) the older man bowed and accosted the other with a very pretty manner of politeness. It did not seem as if the subject of his address were of great importance; indeed, from his pointing, it sometimes appeared as if he were only inquiring his way; but the moon shone on his face as he spoke, and the girl was pleased to watch it, it seemed to breathe such an innocent and old-world kindness of disposition, yet with something high too, as of a well-founded self-content. Presently her eye wandered to the other, and she was surprised to recognise in him a certain Mr. Hyde, who had once visited her master and for whom she had conceived a dislike. He had in his hand a heavy cane, with which he was trifling; but he answered never a word, and seemed to listen with an ill-contained impatience. And then all of a sudden he broke out in a great flame of anger, stamping with his foot, brandishing the cane, and carrying on (as the maid described it) like a madman. The old gentleman took a step back, with the air of one very much surprised and a trifle hurt; and at that Mr. Hyde broke out of all bounds and clubbed him to the earth. And next moment, with ape-like fury, he was trampling his victim under foot and hailing down a storm of blows, under which the bones were audibly shattered and the body jumped upon the roadway. At the horror of these sights and sounds, the maid fainted.

- from The Strange Case of Dr. Jekyll and Mr. Hyde by Robert Louis Stevenson (1886) 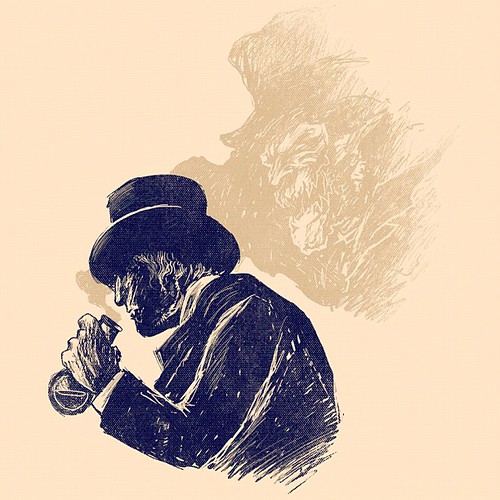