If you appreciate the science fiction of the late, great Octavia Butler, especially The Parable of the Sower and The Parable of the Talents, consider this a "must read": "'There’s Nothing New / Under The Sun, / But There Are New Suns': Recovering Octavia E. Butler’s Lost Parables" by Gerry Canavan.

Here's an excerpt:
"The two published Earthseed books trace the tribulations of Olamina’s early life and her efforts to find some safe space for her nascent utopian community in the desperate and increasingly fascistic America of the coming decades. But the last chapter of Talents skips ahead to the end of the story: jumping forward six decades, the epilogue sees a very aged Olamina, now world-famous, witnessing the launch of the first Earthseed ship carrying interstellar colonists off the planet as she’d dreamed. Only the name of the spaceship gives us pause: against Olamina’s wishes the ship has been named the Christopher Columbus, suggesting that perhaps the Earthseeders aren’t escaping the nightmare of history at all, but bringing it with them instead.

"And there Butler left it. The long-promised third book, Parable of the Trickster, never arrived..." 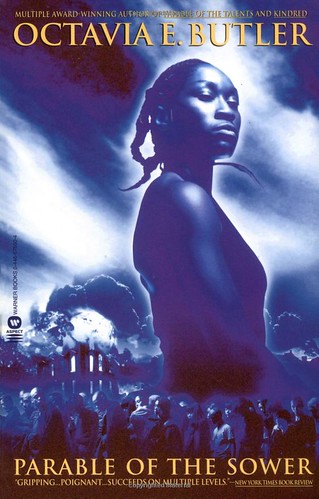 PS. Lovecraft lovers, be sure to check out the Kickstarter for the Legends of Cthulhu Retro Action Figure Toy Line.
Collapse