I had quite a bit of archive-y, research-y, rambly fun before Worldcon. As for London, beyond the Sherlock Holmes Museum, I managed to drop by the Museum of London (my photos are here) and several Holmesian spots, such as Arthur Conan Doyle's home on Upper Wimpole Street (where he wrote the first five Sherlock Holmes short stories), St. Bart's Hospital (where Holmes and Watson first met and, in the BBC's Sherlock, where Sherlock fell), etc. 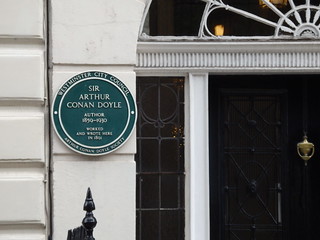 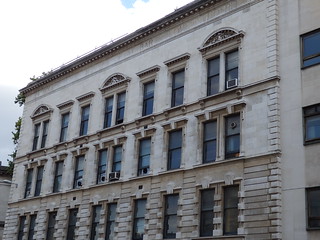 In one of the most amazing experiences of my trip, I was privileged to get to spend an afternoon one-on-one in Whitechapel with noted Ripperologist Richard Jones. I've annotated my photos to try to explain where we went and why. (Alas, I didn't take photos inside the Royal London Hospital Museum and Archives, which was utterly fascinating.) Even if you're not specifically interested in the subject of Jack the Ripper and the Autumn of Terror, you may find the historical architecture worth a look.

Here is the "virtual tour" of Whitechapel I've constructed with my photos and explanations.

I'll leave you with a teaser: this is the beautiful tile work inside The Ten Bells Pub, which has been standing since 1752 and remains largely unchanged on the inside from its condition in 1888, when it reportedly served at least two victims traditionally attributed to Jack the Ripper, Annie Chapman and Mary Jane Kelly. 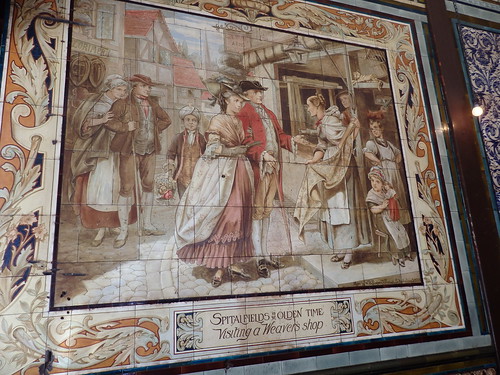 I'll be posting very soon about Worldcon/Loncon 3 itself. Thanks for letting me share! :)
Collapse