It's beginning to feel like autumn around here. Pumpkin lattes, anyone? (They're heeeeeere!)

Virginia's ears perk up every time she hears the honking of the migrating geese as they fly overhead. I managed a couple of photos during our morning walk today. 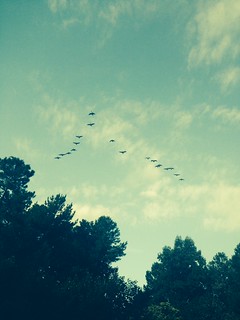 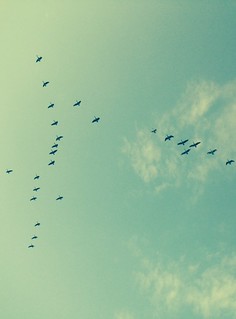 I've just accepted lovely invitations to be Scholar Guest of Honor at Mythmoot III: Ever On (Baltimore, Maryland) and an Author Guest at ConCarolinas (Charlotte, North Carolina) in 2015. It's hard to believe, but the new year will be here before we know it!

I hope you're enjoying a great day.