These photos capture the same remarkable grave, the Montanari family tomb at the Certosa di Bologna in northern Italy, in two different seasons/states. The Certosa di Bologna formerly was a Carthusian monastery, which was founded in 1334 and suppressed in 1797. In 1801, it became the city’s Monumental Cemetery, visited and praised by the likes of Lord Byron. 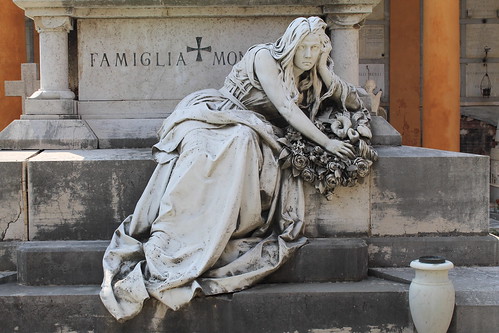 "You are a little soul carrying around a corpse."
- Epictetus 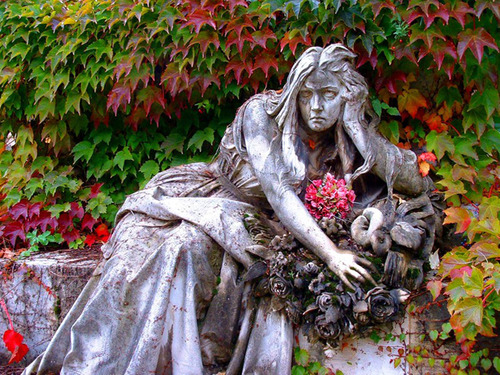