Are you looking to binge-watch a miniseries/series for the Halloween season? Here are my top four recommendations for smart and savvy -- and doable (that is, weighing in at a reasonable number of hours for consuming all of the complete episodes to date) -- Halloween mainlining.

Total Hours: 6
Apparitions (The Complete Series) - British
Father Jacob Myers, a priest of the Roman Catholic Church, examines evidence of miracles to be used in canonization, but he also performs exorcisms. As he discovers, his duties run deeper than just sending demons back to Hell; he later must prevent them all from escaping. One of Apparitions' claims to fame is that, unlike other portrayals of exorcism and spirit possession in fiction, this series attempts to be more respectful, doctrinally accurate, and historically based, incorporating the nature of demonic possession as described by the Church and recounting historical events associated with Christianity and other Abrahamic religions. Extraordinarily humane and textured performances by Martin Shaw, Siobhan Finneran, and Rick Warden make this a thoroughly chilling and affecting work.

Total Hours: 8
Penny Dreadful (The Complete First Season) - British/U.S.
Three great classics -- Mary Shelley's Frankenstein, Bram Stoker's Dracula, and Oscar Wilde's The Picture of Dorian Gray -- meet in a mash-up that pays tribute to the original texts and reimagines them through the sensationalist lens of the late Victorian penny dreadful. The writers know their stuff; multiple times I anticipated quotes or references (Varney the Vampire FTW!) and had to applaud in delight. Eva Green's performance in particular strikes the perfect chord for Halloween. I was delighted and moved by David Warner's guest appearance as Abraham Van Helsing, as well. Watch this first season and you'll be all caught up with the rest of us. (Note: This isn't for the kiddies.)

Total Hours: 8
The Returned (The Complete First Season) - French
In a small French mountain town, many dead people reappear, apparently alive and normal: teenaged road crash victim Camille, suicidal bridegroom Simon, a small boy named "Victor" who was murdered by burglars, and Serge, a serial killer. They try to resume their lives as strange phenomena occur. During recurring power outages, the water level of the reservoir mysteriously lowers, revealing the presence of dead animals and a church steeple. At the same time, strange marks appear on the bodies of the living and the dead. Subtle, haunting, and dark, this program won the International Emmy for Best Drama Series with good reason. The second season is due out in 2015. (Thanks to

peadarog for first recommending this to me.)

Total Hours: 13
Miracles (The Complete Series) - U.S.
Miracles follows Paul Callan, an investigator of modern miracles for the Catholic Church who questions his faith after repeatedly finding mundane explanations for various supposed phenomena. After he witnesses a true, supernatural miracle that saves his life, only for his findings to be dismissed on a lack of evidence, Paul leaves his position. He is approached by Alva Keel to join his organization Sodalitas Quaerito, investigating and cataloguing "unexplainable" phenomena. Along with former police officer Evelyn Santos, Paul and Alva attempt to battle the impending "darkness" before it's too late. Do the letters "godisnowhere" mean "God Is Now Here" or "God Is Nowhere"? The series considers this an open question, and it delivers some genuine spookiness in the process. 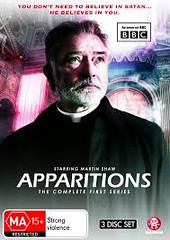 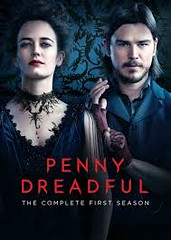 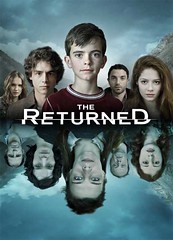 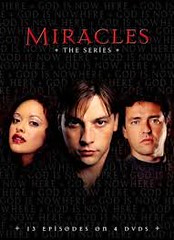 So what do you recommend?


"Perhaps it has always been there, this thing, this demon inside me. Or behind my back, waiting for me to turn around."
- Vanessa Ives, Penny Dreadful
Collapse