Because Poe featured in yesterday's post, it seemed fitting to mention Poe-related fiction today. I made an interactive Goodreads list of Fiction Featuring Edgar Allan Poe as a Character, and I invite you to check it out and vote on the titles or add new ones, if you'd like to do so.

I thought it appropriate to pull my spooky quotes for the day from two novels I recently read that feature Poe as a character.

"Then I heard a great clatter a few inches above my head and sensed a sudden enclosing, a dimunition of the light. All at once, a terrible racket broke out about me. My ears filled with the sound of hammering, so close that the nails might have been driven into me. There must have been two or three of them wielding hammers, and in that confined space, which acted like a drum, it seemed like a multitude. They were nailing me up in a box no larger than a coffin.... I was to be buried alive. I had no doubt of it whatsoever."
- from The American Boy by Andrew Taylor (Read my review here.) 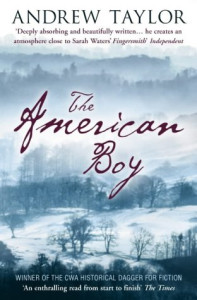 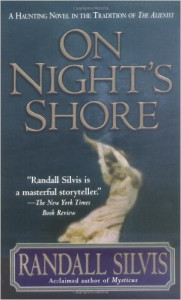 "All this, known only in hindsight, helps to explain how, in the face of Mary Rogers's drifting corpse, he had remained so calm. And why the subjects most treated in his writings, the investigations he never finished probing, were of death and loss and madness. At thirty-one years of age he had already deduced from too much firsthand evidence that death was arbitrary and capricious and ubiquitous, that all sources of pleasure were as dandelion fluff in the sweep of an unseen hand, and that every human mind was capable of disintegrating into lunacy, that most in fact were already halfway there."
- from On Night's Shore by Randall Silvis (Read my review here.)
Collapse