Second in my book only to Roger Zelazny's A Night in the Lonesome October, a "must read" story for the Halloween season is Ray Bradbury's The Halloween Tree (1972).

Here is a taste:

"Always the same but different, eh? every age, every time. Day was always over. Night was always coming. And aren't you always afraid, Apeman there? or you, Mummy, that the sun will never rise again?"

"Yesss," more of them whispered.

And they looked up through the levels of the great house and saw every age, every story, and all the men in history staring round about as the sun rose and set. Apemen trembled. Egyptians cried laments. Greeks and Romans paraded their dead. Summer fell dead. Winter put it in the grave. A billion voices wept. The wind of time shook the vast house. The windows rattled and broke like men's eyes, into crystal tears. Then, with cries of delight, ten thousand times a million men welcomed back bright summer suns which rose to burn each window with fire!

"Do you see, lads? Think! People vanished forever. They died, oh Lord, they died! but came back in dreams. Those dreams were called Ghosts, and frightened men in every age--"

"Ah!" cried a billion voices from attics and basements.

"Night and day. Summer and winter, boys. Seedtime and harvest. Life and death. That's what Halloween is, all rolled up in one. Noon and midnight. Being born, boys. Rolling over, playing dead like dogs, lads. And getting up again, barking, racing through thousands of years of death each day and each night Halloween, boys, every night, every single night dark and fearful until at last you made it and hid in cities and towns and had some rest and could get your breath.

"And you began to live longer and have more time, and space out the deaths, and put away fear, and at last have only special days in each year when you thought of night and dawn and spring and autumn and being born and being dead.

"And it all adds up. Four thousand years ago, one hundred years ago, this year, one place or another, but the celebrations all the same-"

"The Feast of Samhain--" 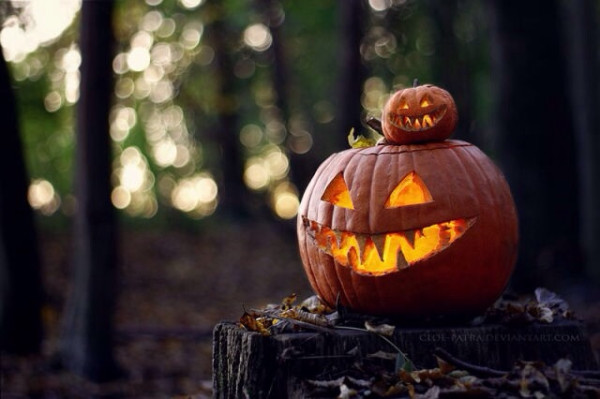 "I must not fear. Fear is the mind-killer. Fear is the little-death that brings total obliteration. I will face my fear. I will permit it to pass over me and through me. And when it has gone past I will turn the inner eye to see its path. Where the fear has gone there will be nothing. Only I will remain."
- Frank Herbert, Dune (1965)
Collapse