Do you remember Scary Stories to Tell in the Dark and its two sequels? They were collections of creeptastic tales collected from folktales and retold for children by Alvin Schwartz and originally illustrated by the brilliant Stephen Gammell. These books were widely challenged at public libraries around the United States and even banned at a number of school libraries. Why were they so controversial and what was their allure for a generation? Filmmakers Cody Merck and David Thomas plan to answer these questions in their forthcoming documentary Scary Stories.

Here is the trailer.

The slithery-dee,
He came out of the sea;
He ate all the others,
But he didn't eat me. 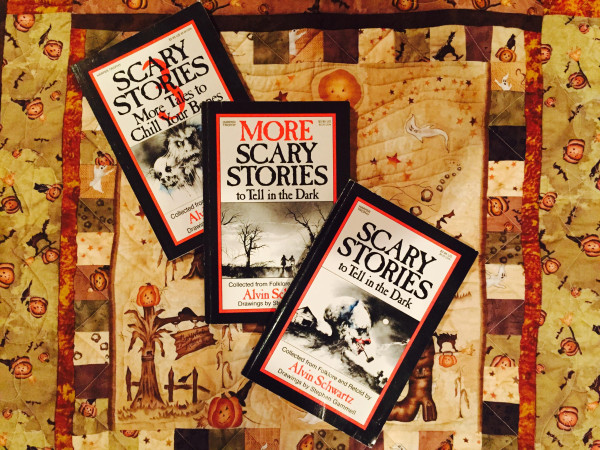