Congratulations to Ashley, who won the second book giveaway! Now on to the countdown...

The Witch of Edmonton is a celebrated and critically acclaimed English Jacobean play from 1621, written by William Rowley, Thomas Dekker and John Ford, and still performed today. Supposedly based on real-life events that took place earlier that year in Edmonton (outside London), the play tells the story of an old woman, Elizabeth Sawyer, who is shunned by her fellow villagers. She seeks revenge on her neighbors by selling her soul to the Devil, who appears to her in the form of a black dog.

- The play is available for free reading in this collection online at Project Gutenberg.

- You can read a synopsis and see wonderful photos from the Royal Shakespeare Company's performance of The Witch of Edmonton in the Swan Theatre, Stratford-upon-Avon, two years ago here. 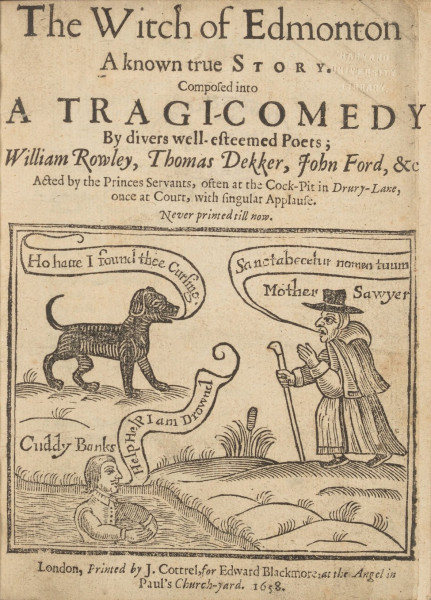 The whole argument of the play is this distich.

- from the Prologue to The Witch of Edmonton

I love this atmospheric poster. 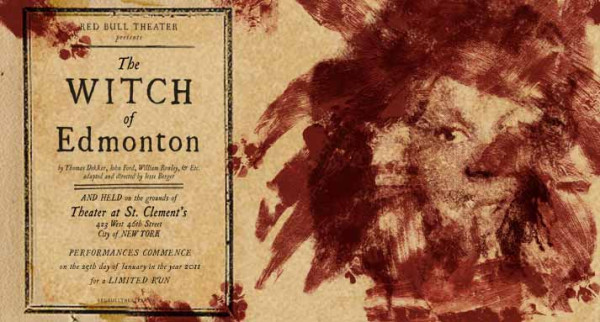