I've already made a separate post this season with recommendations of Anton Yelchin's Halloween-friendly films, so I won't repeat those here.

Also, I'm not including Stranger Things (2016), as it was hardly under the radar and it's not a film, but if you haven't seen this wonderful series, you should put it at the top of your "To Do" list this Halloween. Consider it required viewing, people!

Now I have a few new recommendations to add to my list, based on this past year's viewing. (We accessed nearly all of these via Netflix or Amazon streaming.) Here they are in chronological order. 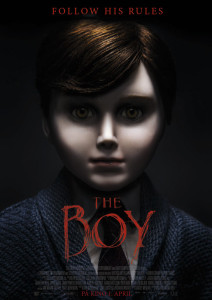 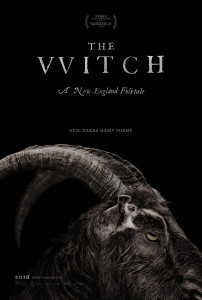 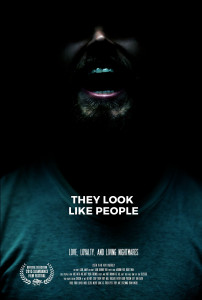 penfold_x for the rec!) In Toronto, a group of friends and family prepares for the fast-approaching end of the world. This apocalyptic film starts out like a dark comedy but ends much more like a serious drama. It won three Genie Awards, including a Best Actress for Sandra Oh, and I see why. She really shines here, and her last scene is stuck in my head. If you like to ponder how you would spend your very last -- and the world's very last -- night, try this.

Color Out of Space (2010): This is an absolutely brilliant adaptation of H.P. Lovecraft's "The Colour Out of Space" set in Germany. We thought this was amazing. Beautiful visual storytelling. Even if you're not one for subtitled films, do give this a try, especially if you know and appreciate the source material.

Extraordinary Tales (2013): Several of my students recommended this to me, and I'm grateful that they did! This is an anthology film comprised of five different animated adaptations of Poe's stories, namely "The Fall of the House of Usher" narrated by Christopher Lee, "The Tell-Tale Heart" narrated by Bela Lugosi, "The Facts in the Case of M. Valdemar" narrated by Julian Sands, "The Pit and the Pendulum" narrated by Guillermo del Toro, and "The Masque of the Red Death" -- my favorite -- which is eerily and beautifully silent. Despite uneven narration quality, due to the age of some of the audio recordings, this is terrific fun for Poe fans.

These Final Hours (2013): Wow, this one unexpectedly blew us away. A meteor has collided with Earth in the North Atlantic, and that leaves about twelve hours before the final global firestorm reaches Western Australia. In Perth, bad boy James leaves his pregnant girlfriend to try to drown his fear at "the party to end all parties," but his life abruptly changes when he comes across a young girl being attacked. This is a delicate and powerful story of character growth and redemption in the face of the biggest horror of all: the end of all things. Highly recommended.

Cruel and Unusual (2014): This was another film that surprised us. It focuses on a man condemned for killing his wife. He finds himself in a mysterious institution where he is sentenced to relive her death for eternity, along with others similarly sentenced. It's a dark and affecting work of psychological horror.

Killer Legends (2014): This documentary traces four urban legends (or are they?) back to their origins: The Hookman, The Candyman, The BabySitter and the Man Upstairs, and The Killer Clown. I found it to be fascinating, both in the real crimes it examines and the *lack* of crimes it exposes (such as the prevalent but unfounded rumors of Halloween candy poisoned or tampered with that I remember from my youth). A few sequences aren't for the squeamish.

Amnesiac (2015): This tells the story of a man who wakes up in bed suffering from memory loss after being in an accident, only to begin to suspect that his caretaker, who claims to be his wife, may not be his real wife and may not have his best interests at heart. Wes Bentley won me over as the bewildered protagonist, and good heavens, Kate Bosworth as the "wife" really brought the chills. Stylish, understated, and slow-burn spooky.

10 Cloverfield Lane (2015): Between you and me, this is the scariest film I've seen in ages. I'm sure the twists are common knowledge by now, but just in case they aren't, I won't say anything except this is absolutely ideal for the Halloween season -- or anytime you want your brain turned inside out and goosebumps on your skin. Hats off to John Goodman, Mary Elizabeth Winstead, and John Gallagher Jr. for bringing the tense, claustrophobic script to vivid life. You need to see this!

Estranged (2015): January is forced to return home after six years traveling abroad, because a near-fatal accident has left her temporarily wheelchair bound and depleted of her long-term memory. At the mercy of those who claim to be her loved ones, isolated from outside help, she tries to discover the truth about her past and her present. This is smarter and more complex than we expected it to be, very Gothic in tone and execution.

Krampus (2015): This irreverent horror film, in which a boy who is having a bad Christmas accidentally summons an old-world Christmas demon to wreak havoc, is not for everyone, but if you're like me, and you'd trade Christmas for Halloween any day of the week, it's a lot of fun. Think of it as the evil Mirror Universe version of It's A Wonderful Life.

The Reconstruction of William Zero (2015): A geneticist who wakes up from an accident with only fragments of his memory must relearn who he is from his twin brother. But the deeper he digs, the more he realizes that he may be wrong about who he thinks he is -- and who he thinks his twin is. Variety review compared this sad tale of human cloning and human frailty to a story by H.G. Wells, and that sounds about right. It's not a perfect film, but it's a good example of thoughtful indie science fiction.

They Look Like People (2015): The longer we watched this indie psychological thriller, the more we liked it. It builds and builds and builds. It stars MacLeod Andrews as a man who believes that humanity is being secretly taken over by evil creatures (think of a slow and simmering episode of The X-Files in which Mulder or Scully never manage to arrive on the scene), and it won a special jury award at the Slamdance Film Festival.

The Visit (2015): This is a found footage horror film written, produced, and directed by M. Night Shyamalan. I know that Shyamalan can be hit or miss, but this was much more of a hit. A brother and sister are sent for their vacation to visit their grandparents, which is a gesture of reconciliation, as the family has been estranged. While there, the siblings become increasingly frightened by their grandparents' disturbing behavior. The kids are compelling, and their isolation is palpable. The twist, when it comes, it terrific.

The Witch (2015): This film is like watching a colonial American nightmare come to life (which is not for everyone, but definitely was for me). The production team worked extensively with English and American texts and museums, and they consulted with experts on seventeenth-century English agriculture as well to bring early reports and imaginative depictions of witchcraft alive in a gritty, realistic setting. I've read some of the texts that inspired the film, such as those referenced in and created by the witch trials, and I was transported and enthralled by this dark and disturbing work. It rations its moments of gruesomeness for absolute impact and relies heavily on suggestion, underscoring the choking paranoia and claustrophobia of the Puritan existence. Not for those faint of heart or short of attention span.

The Boy (2016): Although it has its moments of predictability, on the whole this one satisfies. Greta is a young American woman who escapes an abusive relationship by getting a temporary job as a nanny for a British family. When she arrives at the parents' home, they introduce her to their son, Brahms. Brahms is a porcelain doll who is treated like the living child he replaced after the real Brahms' childhood tragedy. Things get really weird from there in a mostly satisfying "this is how you go crazy" kind of way. Not perfect, but worth seeing.

The Forest (2016): Natalie Dormer stars as twins in this supernatural thriller about one sister searching for the other, who is presumably lost in Japan's Aokigahara Forest. My husband and I are on the same page about films about 95% of the time, but this is the one on which our opinions diverged this year. He found this to be trite and mostly short on substance. I was looking mostly for the chilling atmosphere of the so-called Suicide Forest and the acute sense of vulnerability that comes with being alone in an emergency in a foreign country, so I didn't mind the movie's (over)reliance on this, and I found the ending twist related to the twins' backstory to be effective. Your mileage may vary.

Sacrifice (2016): If Rupert Graves is in it, then I watch it, no exceptions. That's just how I roll. He stars opposite Radha Mitchell here in an adaptation of the novel Sacrifice by Sharon Bolton. Set in the Shetland Islands, this horror film fits in the Wicker Man category of ancient rites surviving intact in remote locales, and it effectively captures a nightmarish scenario: men using women to have sons and then, according to their old traditions, yielding them up as a kind of human sacrifice. Mitchell and Graves relocate to the Shetlands, where Mitchell's character unearths a "bog body" of a woman who had recently given birth and then been murdered in a ritualistic fashion. Mitchell and Joanne Crawford, portraying a local police sergeant, drive the investigation to bring justice to this woman, and in the process find their own lives at risk. The film has its flaws, but it's refreshing to see a genuinely spooky film with a genuinely feminist bent, and all of the leads are compelling in their roles. The scenic locations provide atmospheric settings for the eerie goings-on.

The Veil (2016): Twenty-five years after members of Heaven's Veil, a religious cult, commit suicide, a documentary filmmaker contacts the sole survivor to film a work about what really happened. A Fangoria review describes the premise as the idea "that Jim Jones could have been right," and that pretty much sums it up. The film doesn't quite live up to such an ambitious premise, but the whole "investigating the cult after the fact" aspect, on site and with found footage, is so downright disturbing that this supernatural thriller still works well enough in the goosebumps department. Or to put it another way, the film radiates a sense of wrongness -- in part, no doubt, because it skirts so closely around tragic real-life events -- that it sticks with you.

They're Watching (2016): This is a film in the blood-soaked horror comedy oeuvre, which is not usually the way I roll, but I found this more palatable than most. The crew of an American home improvement TV show goes to Moldova to film a segment about an American woman who is transforming a run-down, isolated dwelling into an artist's haven, only to discover that the locals consider her (not without reason!) to be a witch. This isn't going to win any awards, but it doesn't take itself too seriously, and its parody aspects are on point.