So the the short version of the story is this: I love Rogue One. I really, really love it. I dislike trying to rank the Star Wars films, because they have different voices and purposes, but if I had to do so, this one would rank very high indeed.

I'm really looking forward to tackling this in my "The Force of Star Wars: Examining the Epic" course next semester. I'm expecting some great discussions with my undergrads!

I highly recommend reading the novel Catalyst by James Luceno, which is essentially the prequel to the film and directly relevant to its plot, and also the Rogue One novelization by Alexander Freed. I've quoted some of my favorite passages from the novelization that shed new light on the story here. 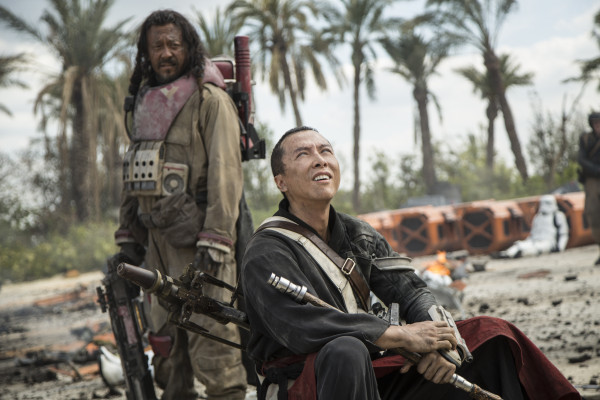 I also recommend the Visual Guide. My favorite revelation from the book is (mild spoilers!) that the red sash worn by both Lyra Erso and Chirrut Îmwe is known as the Red Sash of the Enlightened, marking them both as related to the Jedha sects of the Church of the Force -- not Jedi, but believers and protectors of Force knowledge in the galaxy. That fits neatly with what we already know of both characters, but I like the visual symbolism.